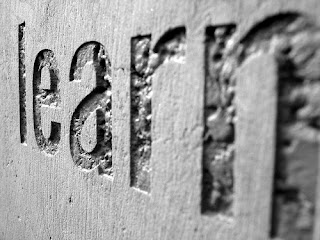 In a guest post on Connect Learning Today, I write about how Facebook and Pinterest can support language learning.
Learning and teaching opportunities for languages sometimes occur in unexpected places. As exam pressure was starting to get unbearable for some of my classes, I discovered this summer how visuals from Facebook and Pinterest could be used to motivate students in my French and Spanish lessons as well as support their literacy in general.
When I mention Facebook as a source of language resources, I often have a lot of explaining to do. Facebook is still viewed with a lot of suspicion by my colleagues in the UK and although it seems to be more readily used by my fellow language teachers in the US, I feel it is still very under-used as a professional development tool and source of educational materials by world languages educators worldwide.
Pinterest is not as well-known, or just known as a tool to swap a limited range of ideas on fashion, for instance. As it just consists of virtual pin boards where interesting visuals can be pinned, the potential for sharing ideas and resources can easily be missed. Its real potential is linked with its social-networking functionality that makes it easy to follow other educators and specific boards as well as re-pin their resources onto your own boards. It has also evolved from being a platform to just share pictures and photos in a way to share other online materials such as websites, documents and videos.
So, what are effective visuals for language learning?
I strongly believe that effective visuals go beyond the flashcard approach. If the picture carries the meaning, what is the point of remembering the word? I would therefore define effective visuals as memorable for all sorts of reasons: they can be breathtakingly beautiful, funny, moving, odd, unattractive… and many other things but they must elicit some kind of emotional response to be effective.
My favourite sources of visuals from Facebook are: Les Photovores or Inkulte as a source of bizarre and strangely challenging photos that can be used to illustrate specific structures or vocabulary as well as be used to prompt conversations. Visuals from the famous Grammarly site can also be used to develop more general discussions on literacy and grammatical accuracy in a humorous way.
For French, I have collected many useful materials from the Facebook groups Du français chez moi, les amis de la langue française, fête de la gastronomie-for discussions on our food and healthy living topics-and le café du FLE amongst others.
For Spanish, I often refer to Practicamos Español, Antiguo México, Cronopios Spanish , red de profesores de español, Sonora ELE language awareness and See Spain. The posts from these groups offer a wide range of visual stimuli for discussions as well as illustrate cultural references from the target-language countries and use a range of idiomatic structures. The best part is that many Facebook jokes that rely on visual humour are also shared in a range of foreign languages.
So, how are the posts used?
The posts are copied, classified and shared, mostly via Pinterest and Twitter. They can be used as a starter activity, or as a problem-solving activity where students have to look at different structures and work out different grammatical patterns. The picture-only materials can also be used to support the memorisation of specific structures and encourage the development of speaking and writing skills.
The use of Pinterest as a tool to collect educational resources is gathering pace and I have found the ability to follow other language teachers invaluable as well as the facility to easily share my findings on other social networking sites such as Twitter. Pinterest Mobile application also makes the collection and sharing of resources painless although it would really benefit from a tagging facility to fine-tune the collection process.
I look out for boards that offer materials that can be used for discussion or grammar teaching. I have a collection of pictures to illustrate the culture of Spanish and French-speaking countries that can be used to develop the use of descriptive language and opinions as well as challenge stereotypes. I also use quotes and grammar diagrams as well as jokes and links to videos.
The best resources I have found exploring Facebook and Pinterest are probably the infographics in French and Spanish that can be used to introduce and discuss a wide range of topics with students.
Language is all around us, it is high time we tapped into youth culture to get young people to reflect on the language used in a variety of media.
Posted by Isabelle Jones at 23:14

Thanks for sharing these resources, I'm already perusing all the Facebook sites you linked!

I would also like you to suggest a tool "Raptivity" which can help in creating more interactive and visually appealing content.

For more details you can check the below link.
http://www.raptivity.com/elearning-product/raptivity-software/raptivity-zest