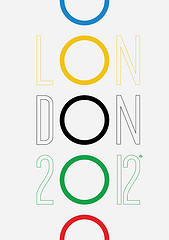 With London 2012 nearly upon us, the Olympics provide a fantastic opportunity to reflect on what makes Britain what it is through exploring cultural ‘otherness’. Being confronted with ‘otherness’ forces us to look at who we are and focus on our similarities with others just as much as we consider our differences.


Many language activities inspired by Olympic values will also naturally develop SEAL skills, as there are clear overlaps between the two. The Olympic and Paralympic values mentioned in all Olympic literature including The Olympic Charter are: Respect, Excellence, Friendship, Inspiration, Determination, Equality and Courage. From a linguistic point of view, these values will be easy to identify in teaching materials, as most of them are cognates in French. In order to understand Olympic-related texts, it is also useful to know the three levels described in the Olympic Charter as the steps to the Olympic Ideal, ‘a philosophy of Life which places sport at the service of humankind’.
The first level aims at encouraging effort (striving for excellence), preserving human dignity (demonstrating respect) and developing harmony (celebrating friendship), whereas the second level focuses on the education of young people through sport and the promotion of Olympic values. Finally, the third level articulates the vision of the Olympic Ideal as a ‘contribution to building a better world through sport’.

There are considerable overlaps between these aims and the mission statements and core purpose of schools. The Olympics can therefore be used quite naturally by teachers to raise the profile of school values through discussing Olympic values in different lessons.

Pierre de Coubertin said: ‘The most important thing […] is not to win but to take part […] in the same way that in life the most important thing is not to triumph but to put up a good fight’. One of the strongest Olympic messages is therefore that the endeavour can be more important than the final result, encouraging resilience and what Carol Dweck would call a ‘growth mindset’- a focus on self-improvement rather than on unfocused talent as a badge of honour.

The students will need to reflect on the Olympic values and develop their vocabulary in English to be able to discuss them. Once students are confident about this vocabulary, they should be able to transfer it easily into foreign languages such as French or Spanish.

A key element in making good use of these opportunities is the need for a creative approach. There are many symbols linked with the Olympics and depending on how creative and open-ended the activities are, the student outcomes will range from illustrating to analysing and integrating Olympic values. For instance, looking at the Olympic rings can be used as an introduction to teaching about countries as well as looking at continents and colours. Flags can then be used as a resource to discuss the people and history of the countries, with students finally looking at Olympic symbolism to design their own flag or badge.

The Olympic motto ‘plus vite, plus haut, plus fort’ is a fantastic opportunity to look at adjectives and comparatives, while the many Olympic mascots provide a real-life context to apply dates, word order, adjectival agreement and to revise parts of the body. Describing and analysing official posters also makes students reflect on the image conveyed by high-profile sporting events such as the Olympics and on Olympic values such as friendship or excellence. Olympic values can also be promoted by looking at the topic of daily routine and exploring issues like fair trade linked with the actual goods produced for the Olympic games.
As regards overall planning, Olympic values can be promoted through themed activities or activities embedded in the existing curriculum. A mix of both approaches with a one-off event to make it memorable will probably be the most effective. A series of lessons on the Olympic theme is likely to provide a motivating new context for the introduction or the consolidation of numbers, countries, colours, foods and healthy living routines. In addition, the Olympic values will need to be embedded in the schemes of work and highlighted to students on a regular basis for them to be able to make the link.

RESPECT
Respect is a value that is being promoted in all schools, whether it be self-respect, respect for others or respect for our environment. The respect agenda in school has been tied in very closely with the quest for improving students’ behaviour and academic standards in general, as highlighted in schemes like the Rights Respecting Schools programme  supported by UNICEF.

The Olympics can also be used as a way to present respect as a means of combating racism. Respecting differences is key for students to derive maximum benefit from the language curriculum and it is also essential for them not to feel that differences are a threat to their own identity.

Throughout the year, a number of opportunities can be provided by looking at differences in names, style of handwriting, food, clothes, houses, school curriculum and rules, music and traditions in general. When looking at differences,  similarities will need to be highlighted in order to encourage students to be positive about differences and not to dismiss them as strange idiosyncrasies.

Names are a great resource  for developing students’ cultural awareness. They are linked with geography and religion, and looking at the most popular names  from different countries  can provide clues about their history and culture. Students can look at names of athletes from different countries as well as focus on trends from specific countries like French or Spanish-speaking countries.

This can be reinforced through music. For instance, the song by the French singer Zazie, Tout le monde il est beau, presents a wide range of names of people all linked by their French nationality. A simple activity is to get students to match up the names with their country of origin.


The topic of Food can be approached in different ways, such as looking at the typical diet of an athlete or considering the foods and food habits of different countries. The idea is for students to challenge their own ideas about what ‘foreign’ food is like and to accept differences without being judgmental. They can be given pictures and names of foods to research or be asked to search for items of food on the internet with the aim of finding the ingredients contained in the different dishes.

Similar activities can be done using national costumes, together with an understanding of when these costumes are actually worn. This free iphoneapp is great resource for this.

Whether with food or clothes, there is great potential for students to practise extended writing skills in the foreign language by describing what the items are and what they have learnt about the different items. There are also opportunities for students to discuss the work produced as well as evaluate their learning and the development of their SEAL skills through the activities.

In conclusion, I would encourage all colleagues to consider the whole range of educational opportunities provided by the Olympics and make a true effort towards embracing the Olympic Ideal as a philosophy of life.
Posted by Isabelle Jones at 22:06