I had a great at Language World today.
Here is a copy of the slides and the handout I used for my presentation on developing students' independence and confidence.

Email ThisBlogThis!Share to TwitterShare to FacebookShare to Pinterest
Labels: ALL, Event, GCSE, Learning and Teaching, Training 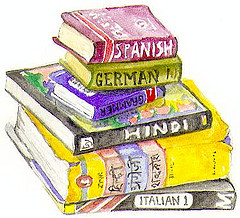 After the launch of the ebac, the debate about whether studying a language is only of benefit to a worthy elite resurfaced. Despite the UK having less and less home-grown linguists after languages were made optional in 2004, everybody seems to have an idea about the impact of learning a foreign language. From the common myth that learning a foreign language can affect a child's ability to master English to the strong opinion that it “won’t be needed” for certain students, a lot of misconceptions are going around and taking hold.
Languages can not only support the development of high-level literacy skills, but also provide low attainers with an opportunity to feel positive about learning again. The benefits are for everyone, a little bit of language can take you far…
Equal footing and Confidence boost
Some learners already feel like failures by the time they reach secondary school. All the signs are there: the number or letter of the set they are in, the presence of extra adults in the room or the size of their group. With the correct support, learning a foreign language can provide these learners with great enjoyment and give them the opportunity to achieve a level comparable to their peers, at least in the first couple of years of study.
Transferring skills learnt somewhere else
EAL learners are sometimes not offered the opportunity to learn a foreign language as the acquisition of English is a priority for them. However, learning a foreign language could also enable them to consolidate their English and boost their confidence in using English orally. In addition, these students are more likely to do well as they have already had the experience of learning English as a new language. They also tend to be less self-conscious about copying unfamiliar sounds and will have the experience of producing a wider range of sounds.
Developing high level linguistic skills supporting mother tongue development
Learning a foreign language deepens the knowledge of grammar in the students' first and second language and will hellp them avoid common mistakes in English such as the difference between it's and its.  The awareness of common roots and origin of words can also help develop vocabulary in both languages.
Better understanding of tenses and use of connectives will also enhance students' performance in English in general.
Opportunities to study in prestigious university and enhance job prospects
The Russell group of Universities officially named languages at GCSE level as a “facilitating” subject held in high regard by universities when selecting candidates for their most popular courses. A copy of the booklet looking at the implications of choosing different subjects can be found here.
However, a GCSE in modern foreign languages is not the only qualification that can enhance students' job prospects. A practical knowledge of the language can be useful for specific jobs and alternative qualifications like Asset Languages or NVQs allow more flexibility with their accreditation in separate skills.
Chance to open up your horizons
Some students may not get many opportunities to go far beyond their town. Learning a language and about a different culture makes them aware of what else might be out there. In some way, it is a great social leveller and this is why I believe all children should have access to learning a language.
Posted by Isabelle Jones at 19:33 2 comments: Links to this post

Email ThisBlogThis!Share to TwitterShare to FacebookShare to Pinterest
Labels: Promotion 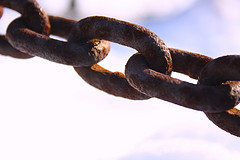 In this week’s Times Educational Supplement, I look at why sharing is the key to more creativity and raised standards  in the classroom.

Although social networking is not always acknowledged by teachers as an effective tool to help enhance and develop classroom practice, very few people are really against the idea of sharing. The intentions are always good-yes, we should share-but the reality can be very different.
Many colleagues do not share what they do in the classroom for a multitude of reasons:
“I do not do anything special”
When I hear this excuse, I always want to point out that there is only one person who can decide what is special-me! What is routine for one teacher  can be a gem for another, but nobody will know until we share what we do.
“I spent 5 hours doing this, why should they have it for free?”
Looking at it from another perspective, why shouldn’t “they”? I would personally gain more satisfaction out of seeing something I have done put to good use rather than out of knowing that no one got a freebie out of it. In addition, if your ideas and resources are widely used, you get more ideas on how to tweak them and use them creatively and to better effect.
“It is not good enough”
This is a common issue with teachers-as we are always working on improving others and ourselves, we seem to linger in the “not good enough” zone. Then again, it is up to me to decide if it is not good enough. It could be that it is great for a specific audience and really not good enough for another, but please let me make that decision myself. I am just judging you, I am just making sure that my audience get what they need…
“I don’t have the time”
If you decide that sharing is an important part of your own professional development, then it is time well-spent. The advantage of technology-based sharing is also that it can be done at your convenience and in small doses.
I highlight in the article many different ways to develop professional links. Some are quite traditional, like the old-fashioned face-to-face local network, others being more technology-based like the TES forums, Facebook, Twitter and Diigo.
I believe in a mix of face-to-face contacts including meeting up at big language events like ICT and Languages (#ililc) and ALL’s LanguageWorld or at informal “unconference” type of events like TeachMeets and Show and Tells. More details about these can be found here.
Sharing is the way out of the isolation in the classroom or in a small department. Let’s share and move forward together, not only will our students benefit but our job satisfaction will also increase…
Posted by Isabelle Jones at 23:53 No comments: Links to this post

Language World 2012, the annual conference organized by ALL, the Association for Language Learning, will take place this year at the  University of Manchester, Sackville Street Campus, 30 - 31 March.
Language World is THE professional development event for language teachers in the UK: two days of non-stop CPD, updates, ideas and inspiration; an exhibition with all the latest resources, services and equipment and a chance to share and learn with colleagues from all over the country. It is also the opportunity to be part of your subject community and contribute to the future of language teaching and learning!
The Programme has something for everyone: a Language World debate panel, a fantastic range of workshops and major talks as well as show & tell sessions, giving you a change to contribute directly.
You can download the summary programme, and more details for the Friday programme and Saturday programme too.
To book,  view the  pricelist here, and download a booking form here.
Access to the Exhibition is free, with a great selection of companies offering training, resources and software. More information here.
There are a number of extra events going on around the main conference, such as:
- A walking tour of Manchester, with Geoff Brammall from the ALL Manchester group at 3pm on Thursday 29 March,
- A wine reception in the Language World exhibition, sponsored by Pearson, at 5pm on Friday 30 March and
- The annual Language World dinner, sponsored by Sanako, at 7:30pm on Friday 30 March.
More details are available from here.
If you want to support ALL, please help spread the word. You can print out and put up the Language World poster, and tell your language teacher friends and colleagues about it.
I will be there on both days and I am looking forward to meeting old and new friends. The languages teachers community is simply amazing and Language World is the only event that really makes you feel like you belong to a very special group of people…
Come on and join us!
Posted by Isabelle Jones at 16:53 No comments: Links to this post

Email ThisBlogThis!Share to TwitterShare to FacebookShare to Pinterest
Labels: ALL, Event, Learning and Teaching, Promotion

Doing it For Themselves: Getting Language Students to be More Independent 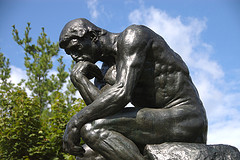 In last Friday’s Times Educational Supplement (TES), I discuss the importance of Personal, Learning and Thinking Skills activities to encourage language learners to think for themselves and become more independent.

Although I outline specific activities such as odd one out, using Venn’s diagrams, diamond ranking, life graph and mysteries, I still consider the teaching of PLTS to be at its most effective when it is fully integrated in everything we do.
PLTS represent an approach to learning where students are empowered by developing their own skills and independence.
The key point is that we can do this in any subject but it does need to be supported at  wholeschool level  to be meaningful. When it is, not only is the impact on students maximised, but it also encourages teachers to support each other’s work across the curriculum, working towards a seamless learning experience for students .
Posted by Isabelle Jones at 15:54 1 comment: Links to this post

Email ThisBlogThis!Share to TwitterShare to FacebookShare to Pinterest
Labels: Learning and Teaching, Research 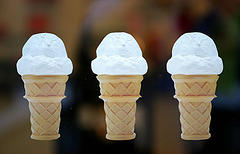 In a recent guest blog post published on The Guardian’s Teacher Network Blog, I discuss the many issues defiant young monolinguals seem to have with learning foreign languages.

I was very interested in the few comments posted on The Guardian’s site ranging from the usual “it is shameful but…” to diverting the discussion onto deciding which languages should be learnt.
Mandarin Chinese came up again and my gut reaction was to wonder how a defiant young monolingual would respond to learning a language so different to English when they are already unable to cope with the idea that the adjective goes after the noun in French…
Even more interestingly, one of the comment stated “I am less concerned about whether the average Briton speaks more than one language than to ensure that people who have a talent for language learning are properly served by the education system in future”.
To do this, I would suggest GCSE to be radically changed and a range of alternative language qualifications introduced. It is only possible to determine if somebody has a talent for languages if they are given a range of ways to demonstrate this.
In addition, when the issues of severity and unpredictability of grading in languages are finally tackled, only then students will be able to opt to study a foreign language in complete confidence, knowing that their achievements will be fairly recognized.
http://www.flickr.com/photos/51035555243@N01/31568035
Posted by Isabelle Jones at 23:57 3 comments: Links to this post

Email ThisBlogThis!Share to TwitterShare to FacebookShare to Pinterest
Labels: Curriculum

I was delighted to be invited to speak at ALL Bristol annual conference. This is a copy of the presentation I gave and of my handout with key references.
Thanks again to all the members of the ALL Bristol committee for their warm welcome and for allowing me to take part in such a great event.