ALL Together: Language World at Imperial College London, 7-9 July 2011

Language World is the not-to-be-missed yearly conference organised by ALL, the Association for Language Learning. In these tempestuous times for languages, with the disappearance of Links into Languages and CILT as we knew them, Language World is very unique in trying to get all the languages teachers together and provide them with a dazzling range of CPD opportunities for languages teachers from all sectors.
This year, Language World will take place at Imperial College London from 7-9 July 2011. Visit ALL's website at http://www.all-languages.org.uk for more details
If you are not a member, now is your opportunity to join to make sure your voice is heard and you will also get a discount on the conference and many more benefits including language journals and the fantastic Languages Today magazine .
As this year the conference is in London, it means that different teachers get a chance to "nip in" for a day should they want to. Last year, the conference was held in York, which was very practical for colleagues based in the North but required more planning for other colleagues. This year, you can make a day trip of going to the conference-or just go to the free conference exhibition, which is always great to find out about the most up-to-date languages resources on the Market. In fact, you can even take your department with you and make this a Faculty INSET...
This year, you will be able to attend training sessions run by  Rachel Hawkes, Bernadette Holmes, Claire Dodd, Liz Black, Greg Horton, Lisa Stevens, Liz Fotheringham, Joe Dale, Eva Lamb, Chris Hart, Mike Kelly, Martine Pillette, Alex Blagona, Wendy Adeniji, Suzi Bewell, Sara Vaughan, Vincent Everett, Chris Fuller  and many more (including myself!) …
You can also find out about last year’s training sessions here with a copy of the materials presented by speakers
Last but not least, you will be able to take part in a Show and Tell where you can just share with other teachers something that has worked for you in the classroom. I love these sessions as they are very effective in giving you new ideas and reminding you of things you used to do and have not done in a while. The show and tell will be offered in different rooms according to your teaching profile i.e primary, secondary, community languages and  higher  education, so you get maximum benefit out it.
See you ALL Together at Language World 2011, London, Imperial College Friday 8th to Saturday 9th July
The best professional “me time” you will get for  a while…

Posted by Isabelle Jones at 13:02 No comments: Links to this post

Lexiophiles:Time to Vote For Your Favorite Language Learning Blog 2011

For the third year running, Lexiophiles is organising the Top 100 Language Learning Blog award. Thank you for nominating this blog in the language learning blogs category. Should you decide to vote for it please click here.
This year, there are four categories:

I am delighted that so many fellow UK twittering language teachers' blogs have been nominated too:
Chris Fuller, Sam Lunn, Joe Dale, Saira Ghani, Graham Davies, Gillotts mfl and I am looking for more...

Thank you to the Lexiophiles Blog and Ba.bla for organising the award as it helps so many languages teachers and professionals to connect online.
Posted by Isabelle Jones at 21:24 No comments: Links to this post 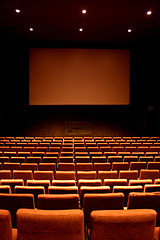 The pack consists of a DVD with 12 short French films suitable for pupils aged 7- 14 and a teaching guide.
Although the teaching guide has been developed by practising French teachers and includes a range of online resources to support the use of the short films in the classroom,
I felt that more ideas for sequences of activities could have supported lesson planning more effectively.
The shorts turned out to be fantastic resources suitable for students from a wide ability range. They challenged students visually and linguistically and created a lot of debate. I also found them useful to get students to focus on extended chunks of language.
I used the film called "Le génie de la boîte de ravioli" to consolidate the topic of food with a middle ability year 8. I deliberately told the students the story to prepare them for watching the video without subtitles. The students were then asked to write down as many food items or other food-related words as they could see or hear in the video. I chose to challenge them by turning the subtitled off to get them to focus on the French language. However, as they had been told what the story was about and warned about the unusual style of the film, students really responded positively to the challenge.
I also used the film called “Un bisou pour le monde” with a mixed ability Year 10. As we were studying the topic of work and careers, the film provided a very interesting introduction to the French educational system and lead into discussing teaching as a job and the qualities a good teacher should have.
Although at £47.30 for a DVD and small booklet this can be seen as a pricey resource, I certainly would recommend it as it is so wonderfully versatile and can be used with a much wider age range than what it advertises.
As a taster, have a look at “Les crayons” and get inspired…

Posted by Isabelle Jones at 23:57 No comments: Links to this post